Alexander (Alasdair) Campbell was the eldest son of John and Mary Campbell of 18 Gravir. He joined the Royal Naval Reserve, like most young Lewis men, on 29th August 1912. After call-up in 1914 he served in the naval brigade, including being in the trenches in the defence of Antwerp. He was invalided out of the navy on 14th July 1915, with pleurisy, said to have been caused by gas injury. Four of the five Cambell brothers served in the war. After discharge from the navy in July 1915, Alasdair Campbell worked as a spirit salesman in Glasgow. It is not known how he and Effie came to know each other. After their marriage in Glasgow, the couple moved to the Campbell croft at 18 Gravir. 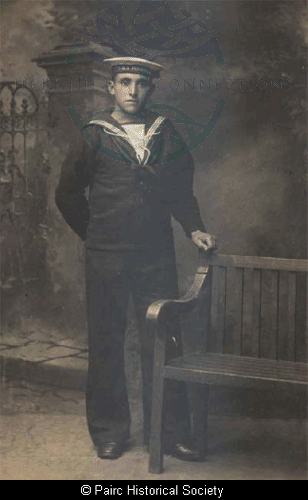