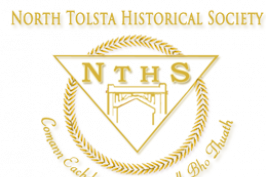 Tolsta is a crofting township with a population of approximately 500 people, situated 14 miles from Stornoway on the Isle of Lewis. With Tolsta’s stunning beaches and waymarked walks, many visitors are attracted to the village.

North Tolsta Historical Society became a fully constituted organisation in October 1999 after some 15 years in abeyance. Its function is to promote the culture, history and traditions of the Tolsta community bilingually, and to encourage greater interest in its activities among the community, visitors and exiles. Through its work, it seeks to commit to permanent record the local language, culture, heritage and traditions, many of them oral, and to leave an important legacy for future generations.

In the year 2000, premises were renovated in North Tolsta beside the old schoolhouse. These premises provide the society with office accommodation, and the results of heritage research relating to crofting, fishing, the Merchant Navy, family histories, emigration, and service in two world wars are stored there. The society’s collection of several hundred photographs illustrates the way of life in the village from the late 1800s to the present time.

The group has progressed a number of historical and cultural projects and initiatives in recent years with funding assistance from local and national organisations. These range from publications to the erection of local information plaques and the production of information pamphlets for local walks. Publications include:

The society is currently working on two local projects. One of these investigates the effects of the Great War on the village of North Tolsta, while the other involves exploring and recording the heritage of shielings in our area, including place names (which will be located on a digital map) and stories.

At North Tolsta Historical Society we encourage all age groups to be involved and we are pleased to find young historians showing an interest in our work. This is evident from contributions to our quarterly magazine Seanchas, from comments on our Facebook page, and from emails we have received.

A full list of Comann Eachdraidh Tholastaidh bho Thuath publications and their prices is available upon application to the society.